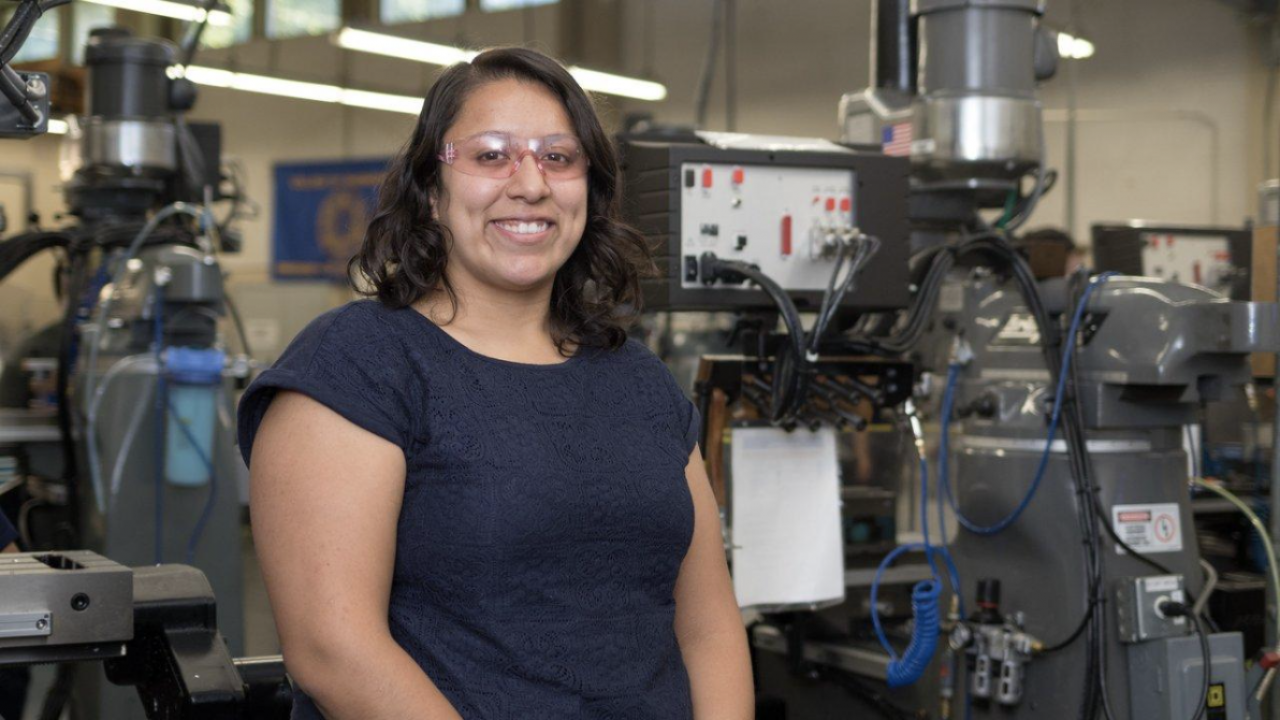 The 30-year-old UC Davis alumna who now works at Apple, Inc. grew up as the middle child of seven, born to two parents who struggled with drug addiction.

“I had a sucky life. I really did. From the day I was born, I was born into a sucky situation,” said Garcia. “When I heard stories about how badly I was neglected because my parents were high, it was just awful to hear.”

Being in foster care

The family’s situation became so dire that at one point Garcia’s aunt called Child Protective Services, which resulted in Garcia and her siblings being placed into foster care and divided among multiple homes.

“Honestly, it was probably the best thing that happened to us. If I never went into foster care, my mom would never have become sober or fought for us,” said Garcia, adding that she’s “so proud” of her mother who has been clean for 24 years and been an integral part of Garcia and her siblings’ lives as adults. “Plus I had great experiences in foster care. I had order, structure and attention. I had security. I had love from my foster parents.”

Although Garcia and her siblings were eventually returned to her parents, her upbringing did not drastically improve. Her father, unfortunately, relapsed into his drug addiction, resulting in him frequently being incarcerated and eventually deported.

“Seeing my family struggle, seeing how damaging drugs could be, and not liking the life my family had, I knew I didn’t want a life like that,” she said. “I needed to break this cycle. I didn’t want to bring this with me for the next generation. I knew I needed to heal this trauma.”

Garcia worked hard in high school, fueled by a strong determination to go to college and rewrite her life’s narrative.

A STEP in the right direction

She applied to UC Davis, always seeing the campus’ water tower as a beacon of hope when she traveled along Interstate 80 from her home in Fairfield, California. She was accepted into UC Davis’ College of Engineering and the university’s Special Transitional Enrichment Program. STEP is a program focused on helping first-generation and low-income students by enrolling them in a four-week program prior to the start of the fall quarter where students take modified core college courses in writing, sciences and math to help them acclimate to college life.

In addition to helping prepare her for the academic rigor of college, the STEP Program opened Garcia’s eyes to the litany of resources available outside of the classroom. From there Garcia created a rich network of allies including the Guardian Scholars Program, which is a philanthropically supported program at UC Davis that provides scholarships, fellowships and resources to former foster youth pursuing academic degrees.

Empowered and encouraged by her network, Garcia earned a bachelor’s in mechanical engineering and a Ph.D. in mechanical and aerospace engineering. She received numerous philanthropically supported scholarships and fellowships and worked at Intel as an intern for several summers to help pay for college.

“The graduate experience and the community you get at UC Davis is phenomenal, it really is. There were so many times at Davis where I looked around and thought, I’m exactly where I’m supposed to be,” she said with a smile. “I had people everywhere — in grad studies, engineering, STEP, Guardian Profession Program, McNair Scholars Program, EOP, TRiO, CAMP, UC Leads, etc.  — who were all cheering me on and rooting for me. I think that’s a pretty unique experience. Most people don’t have a family at their university. I had a whole crew and village.”

Enriching the graduate network for others

Garcia found the network of support so invaluable to her educational success that she and a fellow grad student created a networking and resource program for Graduate Students. The program she built was very similar to the STEP Program she participated in as an undergraduate student. She executed the project as part of her acceptance to, and participation in, the Professors for the Future Program — a competitive UC Davis program where Ph.D. students learn leadership skills and execute a service project to improve the graduate student experience at UC Davis.

A dream job at Apple

In addition to acquiring a strong technical knowledge at UC Davis, Garcia said the skills she learned of how to communicate and work with a myriad of people are what helped her land her dream job at Apple. She is a manufacturing design engineer for the global company where she works on a team that is building the housing enclosure for the iconic iPhone.

“It is currently one of the most valuable companies in the world. There are geniuses that work there. At first, it seemed totally unattainable because, as a minority, it was hard to picture myself there, but still it was my goal to get there,” she said. “So being here is really amazing. It just goes to show you’ve got to keep your dreams alive because you’ll be amazed at how many come true.”

Even though Garcia is the only woman in her direct cohort, she feels right at home at Apple.

“It’s a very male-dominated field. So, at first, I was a little nervous about that; but then, I thought, ‘I prepared for this all of grad school. This is not new to me,’” she said. “And everyone here is super inclusive and they have high expectations of me.”

She added, “I really love my team. My team is my favorite part about working there.”

Garcia’s long-term goal is to return to academia and be a professor, but whether that is five or 25 years from now is unclear. In the meantime, Garcia feels she’s “exactly where she’s meant to be” and knows she’s gaining great experience that she plans to eventually use in her teaching, just as her favorite UC Davis professors did.

A better destiny for the next generation

“My partner and I talk about it all the time saying, 'Dang, when you look at our family and the people who grew up in the same place that we did with a similar background, we could have ended up somewhere totally different from where we are,’” said Garcia.

She continued, “But you know what, I wouldn’t have it any other way. Unfortunately, I had to go through so many traumas and obstacles in my life to get where I am now. I wouldn’t wish it on anybody. I’m proud that I have gotten to a point in my life, where I own my story — all of it.  The only thing I can control now is what I give the next generation. And I promise you, I’m going to give them something very different than what I had.”